According to CBRE’s latest research on the Vietnam office market, businesses and multinational firms are evaluating and developing long-term visions of the future demand for office space in the “new normal”. Dong Da District in Hanoi, the connecting point between the city center and the new administrative center in the west, which is becoming increasingly popular for businesses seeking a new office space. To keep up with this trend, the Lancaster Luminaire project, with a frontage on 1152 arterial Lang Street, is nearing completion and will begin operations at the end of 2022. Perspective image of the project’s front

Regarding the current office market, Ms. Tran Phuong Nhung, Associate Director of Advisory & Transaction Services at CBRE Vietnam quoted “After 2 years of the pandemic, beginning from Q1/2022, the office market continuously recorded positive signals, including increasing occupancy rate, stable rents and rising demand for expansion. New office projects are under construction and will start operation within the next 2 years”.

Among the Grade A office buildings in Dong Da District, Lancaster Luminaire is expected to become a new landmark in the office market in the near future. The building will begin operation in Q4/2022 and is currently in the completion stage. As the exclusive leasing and marketing agency, CBRE Vietnam has started to lease the property. 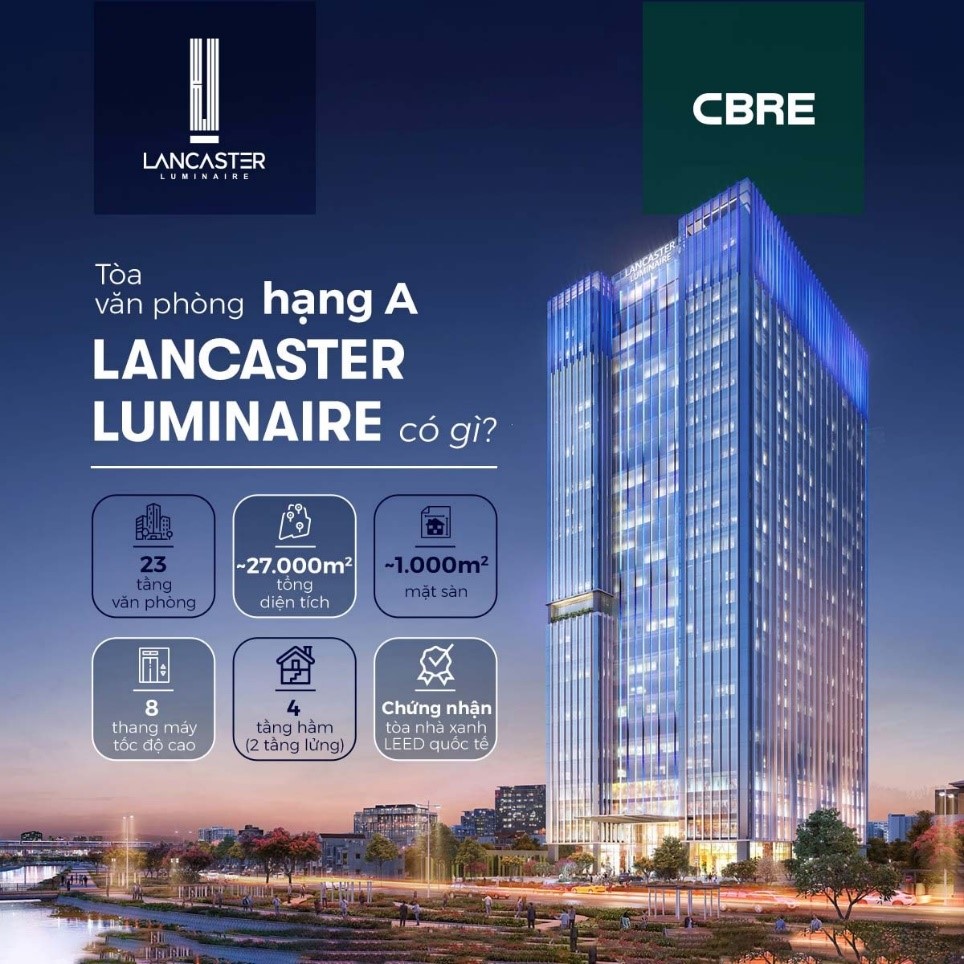 General information about the project

Lancaster Luminaire is a high-class complex including apartments, retail podiums and offices. The project is developed by Tan Phu Long Joint Stock Company (a joint venture between Trung Thuy Group and Toshin Development under Takashimaya Group), with Coteccons Construction Company being the general contractor. Lancaster Luminaire is built on a 6,000-square-meter site with a total construction area of ​​nearly 78,000 sqm. Perspective image of the corridor inside the building

Lancaster Luminaire Grade A office building consists of 23 office floors, including 23 office floors (from 5F to 23F), 4 retail floors and 4 basements (with 2 mezzanine floors). Lancaster Luminaire offers nearly 27,000 sqm of gross floor area with approximately 1,000 sqm of average leasing area per floor. The Essentialism philosophy, which focuses on the most crucial factors, is illustrated in the selection of the project’s location, the investment in equipment, infrastructure, amenities, and environmental protection.

The project is well situated at the intersection of Dong Da, Ba Dinh, Cau Giay and Tay Ho districts. From here, tenants may reach Noi Bai International Airport in 30 minutes, Hanoi Railway Station or My Dinh bus station in 15 minutes, Hoan Kiem central district and the new western administrative center in 10 minutes. The vicinity is supported by amenities such as Thu Le Park, universities and hospitals. In addition, the area is planning to have changes in the surrounding infrastructure including widening of the roads which will connect to Ring Road 2, Metro Line 3 (Nhon – Hanoi Railway Station) within a 5-minute walking distance.

The project is encircled with a glass-facade, taking advantage of natural light to offer tenants an open working space with a panoramic view. The building complies with a high standard of handover conditions and is outfitted with a synchronous utility system that adheres to international standards including column-free floorplates, raised flooring, a 2.7-meter-high ceiling; atrium areas; 8 high-speed KONE lifts; a centralised air conditioning system using advanced technology; a 24/7 security system and CCTV; an intelligent building management system. Lancaster Luminaire’s infrastructure is of high quality, helping to enhance corporate image among partners and employees while laying the groundwork for sustainable development.

With the characteristics of a high-class complex, Lancaster Luminaire also provides internal amenities to help create an ecosystem. Customers visiting Lancaster Luminaire will find a variety of amenities such as coffee shops, supermarkets, ATMs, and many more facilities within the retail podium.

Lancaster Luminaire is aiming towards a LEED Silver certification for green buildings by focusing on human health and the environment. With more than 2,000 sqm of green space in front of the building, the developer wishes to bring a sense of relaxation and comfort to the customers whenever they arrive. To pursue the goal of energy optimization, the entire exterior of Lancaster Luminaire is surrounded by low-E glass. This type of glass can slow down heat emission, thereby decreasing heat dissipation and heat transmission while still maximizing interior brightness.

In addition, the water efficiency of the Lancaster Luminaire building is carefully considered. According to the developer, the project will save up to 40% of indoor water usage and 55% of outdoor water usage during operation. Green standard buildings can easily win good impressions and are also the top priority of customers nowadays. The aim towards LEED standards with global values is not only beneficial to the environment but also helps businesses lower operating costs while promoting a civilized and modern life as well as sustainable development.

Lancaster Luminaire wishes to bring sustainable values ​​to corporate clients through the Essentialism philosophy and respect for green standards. 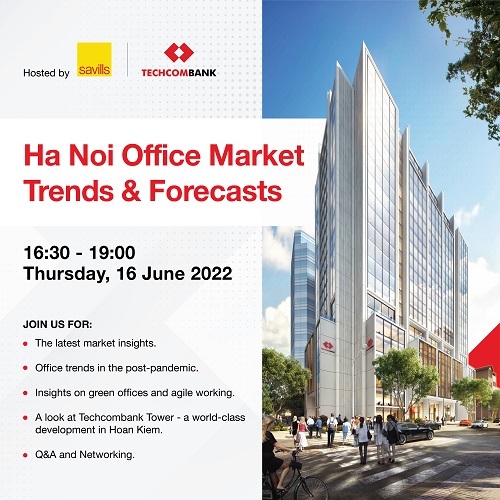